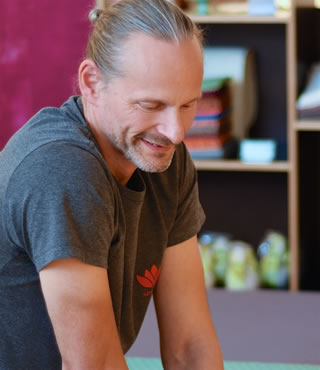 I love to move. As a boy I was always playing outside, conquering the world. As a teenager I was part of the Swiss national rowing team and was a three-time junior champion. I went on later to coach Jugend & Sport (J&S, Youth & Sport).

I had professional training as a carpenter, and also as a technical merchant. My professional career has evolved in many industries including textile retail, press and media, image processing, photography and media design. Since 1998, I have been running my own design agency and in 2005 I opened a concept store in Zurich.

My first trip to Thailand was over 25 years ago and I knew even then it would certainly not be my last trip. I was fascinated by the country, its people and culture, which led me on to study Vipassana Meditation and Traditional Thai Massage. I was fortunate to study the healing art of Thai Massage at the celebrated ‘Wat Pho Thai Traditional Massage School’ in Bangkok. Advanced trainings at several schools and with individual teachers in Chiang Mai, northern Thailand, are completing my know-how in beneficial techniques, also from the Lanna culture of the north.

In 2015, I opened my health studio in Zurich full-time.

Until today I am returning to Thailand every year for advanced trainings, exchange with my teachers and voluntary services.

I want to thank all of my teachers for their invaluable work at the school. 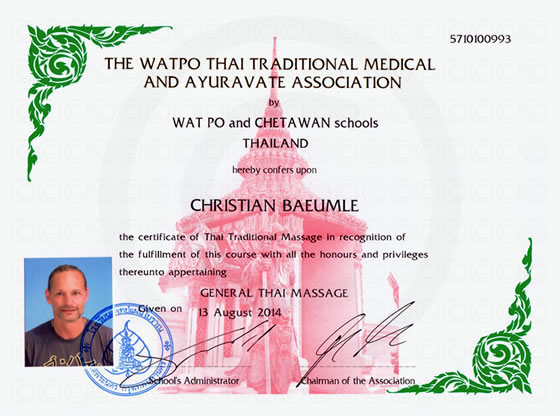 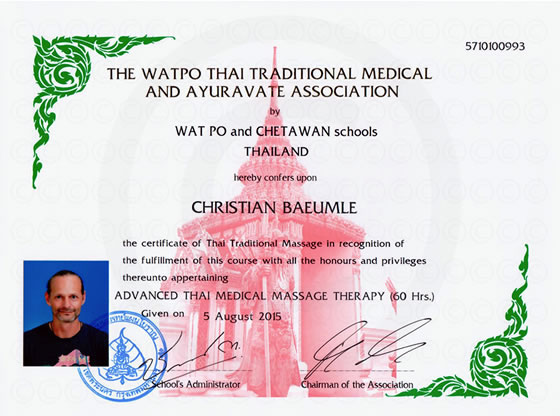 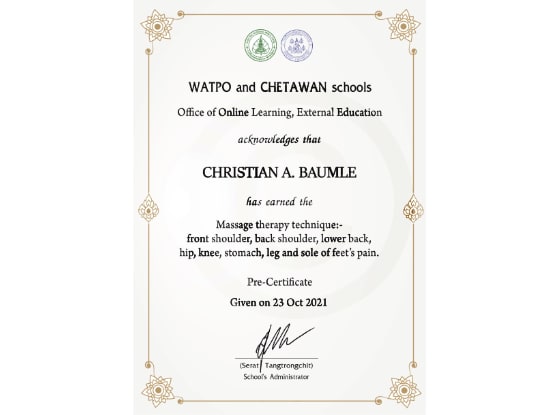 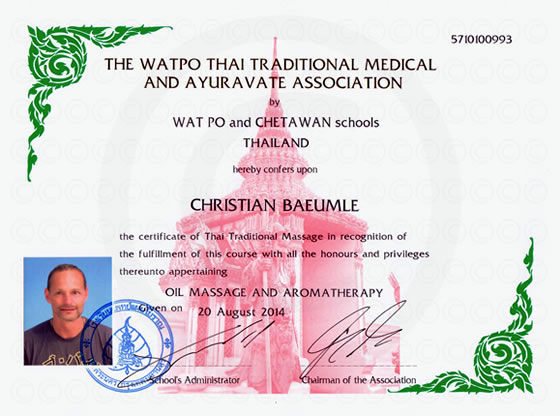 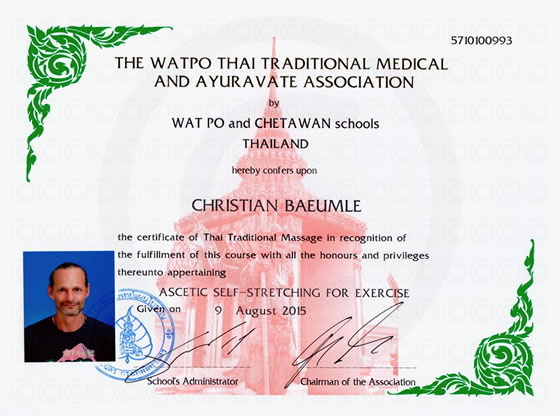 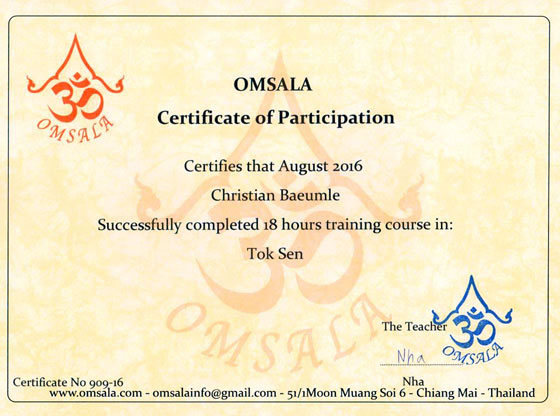 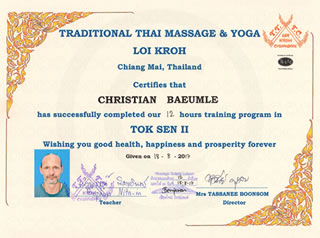 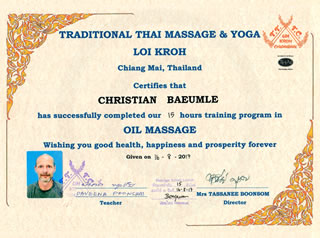 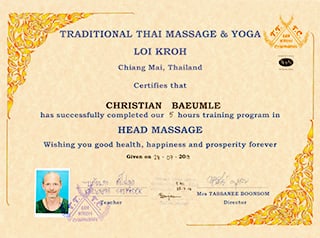 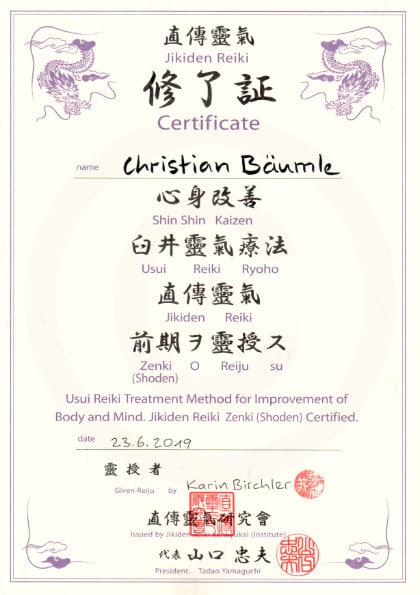 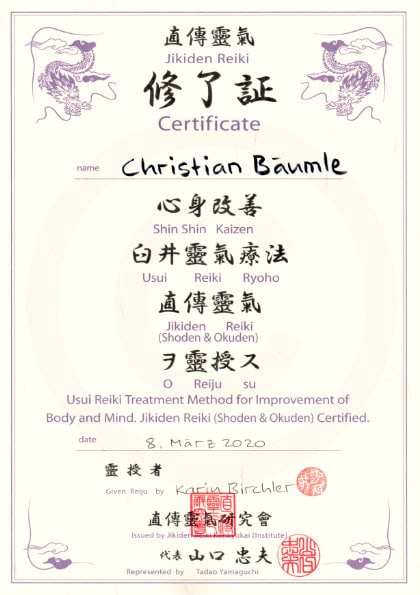 SENSIB (เส้นสิบ) is Thai. Literally, ‘sen’ means line, and ‘sib’ is the number ten. ‘Sen sib’ describes the concept of the ten most important energy lines that pass through the body in Traditional Thai Massage.

In many parts of Asia, the lotus plant’s ability to repell dirt has created a symbol of purity, devotion, creativity and enlightenment. In Buddhism, the lotus is one of the eight treasures and is a symbol of unfolding time, including it’s phases of producing fruit, flowers and stems, and for the effects of the teachings of Buddha. Even though the roots are in mud, the lotus blossom is on the surface.